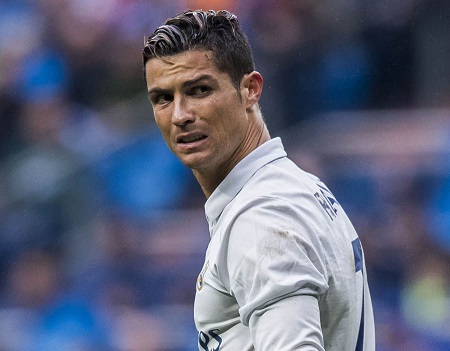 Real Madrid forward Cristiano Ronaldo has reached a deal with Spanish tax authorities to serve two years in prison and pay an 18.8 million euro ($21.8 million) fine in a tax evasion case, newspaper El Mundo reported on Friday.
Ronaldo is unlikely to serve any time in jail under the deal because Spanish law states that a sentence of under two years for a first offence can be served on probation.
The 33-year-old Portuguese footballer is accused of evading 14.7 million euros in taxes and, through his agents, has denied the allegations. Ronaldo is due to play for Portugal on Friday in a World Cup match against Spain.
Gestifute, the agency representing the player, was not immediately available to comment on the report on Friday. The Spanish tax agency also declined to comment.
Spanish courts have recently cracked down on tax evasion among leading footballers.
Barcelona’s Lionel Messi was handed a 21-month prison sentence in 2017 on similar charges but under Spanish law was able to exchange the penalty for a fine.
Between 2005 and 2010, foreign players in Spain were protected under the so-called “Beckham law” allowing them to curb their taxes. But as the financial crisis bit deeper, that exemption was lifted, paving the way for the cases.
-Reuters
Tagged with: football, nigeria, prison, Real Madrid