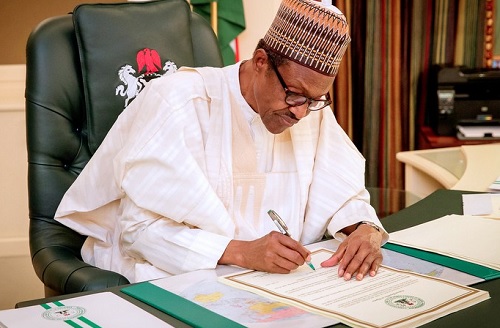 President Muhammadu Buhari will inaugurate the Bayelsa State International Cargo Airport located at Amassoma, Southern Ijaw Local Government Area of the state on August 27, according to The Nation.
The state Commissioner for Information and Orientation, Mr. Daniel Iworiso-Markson, and the Managing Director of Bayelsa Airline, Capt. Henry Ungbuku, confirmed the development when the commissioner toured the project on Friday.
The airport with the longest runway of 3.5km was one of the key projects started by Governor Seriake Dickson after assuming office in 2012.
Iworiso-Markson said test flight would begin in the project on August 20.
The commissioner said the multi-billion naira international airport project was conceived by Dickson to improve the state economic fortune.
Tagged with: nigeria, President Buhari