With The New Fuel Price: Labour To Go On “Total Strike” Next Week 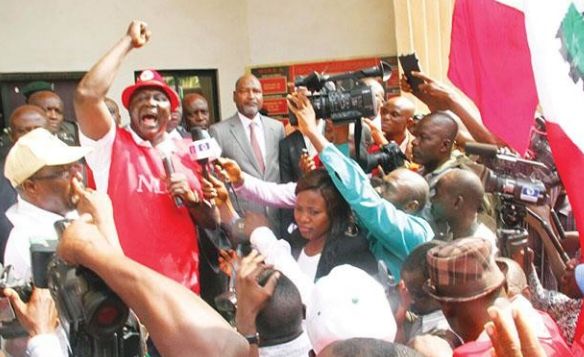 The emergency meeting of the National Executive Committee of the Nigeria Labour Congress on Friday took a decision to embark on “total strike” on Wednesday to protest the increase in the fuel pump price from N86 and N86.50k to N145 per litre by the Federal Government.

The meeting, which was also attended by all the major civil society organisations based in Abuja, was chaired by the President of the NLC, Mr. Ayuba Wabba.

The meeting, which was held at the Olaitan Oyerinde Hall of the Labour House, Abuja, started at about 4pm and ended by 5:25pm.

A senior labour leader, who confided in Punch, said leaders of the NLC and other groups took a unanimous decision to condemn the price increase and mobilise workers for a nationwide protest on Wednesday to prevail on the government to reverse the action.

The source said NEC decided to fix the action for Wednesday to give a two-day period to the government to reverse the increase which they described as harsh and inimical to the existence of poor Nigerians.

However, NLC President, Mr. Ayuba Wabba, told journalists shortly after the meeting that the decision of the NEC would be made known at a press conference on Saturday.

He said, “Comrades, we have had our meeting, but we cannot talk to you now. We have a press briefing for tomorrow at 12noon. We will address the press jointly with the TUC and our position will be made known to the media and the country.”

But on its part, government said Nigerians were suffering too much for fuel and now that the market is open for all, there is no more fuel queues, adding that they would do more to help the masses.
Tagged with: labour, protest, strike