We Want To Create Over 15 Million Jobs – FG 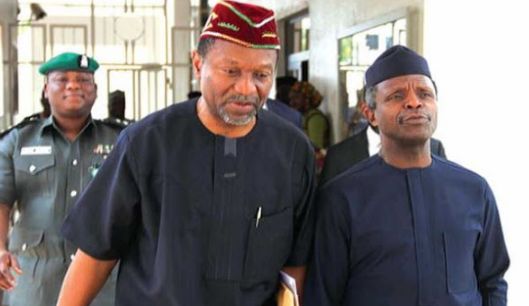 The Federal Government plans to provide at least 15 million jobs for Nigerians by the year 2020 as captured in the recently launched Economic Recovery and Growth Plan (ERGP).

The Minister of Budget and National Planning, Sen. Udoma Udo Udoma, gave the assurance at a news conference on ERGP on Tuesday in Abuja.
Udoma said that the implementation of the plan would deliver some key outcomes including generation of at least 10 gigawatt of electricity by 2020.
The government, he said, want to bring down the rate of unemployment by creating over 15 million direct jobs by 2020 in agriculture, manufacturing, construction, services and particularly among the youth.
The manufacturing sector is to grow at average of 8.5 per cent, peaking 10.6 per cent by 2020.
“We want agriculture to also grow by 6.9 per cent over the Plan period; we want self-sufficiency in rice and wheat 2018 and 2020 at the end of the plan period.
“We want 60 per cent reduction in imports of refined petroleum products by 2018 and to become a net exporter of refined crude by 2020.
“We expect an average of 4.6 per cent average real GDP (Gross Domestic Growth) growth rate over the Plan period with 7 per cent by 2020; we want to achieve single digit inflation rate by 2020.”
“We want to increase crude oil output from 2.2 million barrel per day (mbpd) to 2.5 mbpd by 2020.
“We want to achieve at 10 gigawatt of operational electricity capacity by 2020.’’
Udoma said that the ERGP evolved from the Strategic Implementation Plan (SIP) which government had been implementing since 2016.
“Already, following the implementation of the SIP, the economy has shown signs of early recovery in the 4th quarter of 2016 as indicated in the recent report released by the National Bureau of Statistics (NBS). We need to build on that momentum.
“This Plan, which succeeds the SIP, sets out Government’s economic programmes and strategic interventions over the next four years (2017-2020).
“When implemented, it will put Nigeria back on the path of diversified, inclusive, sustained growth. This is therefore, our blueprint for economic recovery and growth.’’
Udoma further said that the plan would tackle the fundamental problems that held back the progress of the country in the past.
Tagged with: fg, jobs, nigeria, Umemployment