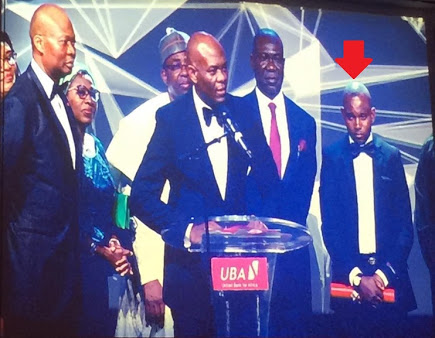 No matter the level you are, if you live your life jealousing other people’s progress you could lose your own substance. Live decently and be dilligent, your time will surely come.

As you read this, the life of a dilligent security man has changed completely. The young man named Ibrahim, who returned $10,000 misplaced by its owner, has been bombarded with rewards at the 2017 UBA CEO Awards in Eko Hotel in Lagos.
REWARD FOR INTEGRITY

For returning 10,000USD of a customer he found, Ibrahim, a security man with UBA was rewarded with the sum of $5,000 by the governor of Adamawa, $10,000 by the governor of Bauchi, the Deputy Senate president, Senator Ekwerenmadu said he will be announced at the floor of the Senate on Tuesday during plenary and will be given the sum of N5,000,000 (Five Million Naira) by the senate.

Ibrahim was also given an award of Excellence by the bank and several unannounced donations, He is the young man standing next to the Deputy Senate President. 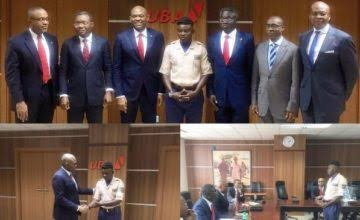 If he had escaped with the $10,000 (about N4.5m) police would have arrested and that could land him in jail. But for doing the right thing, Mr. Ibrahim is now worth about N12million. #Life
Tagged with: money, nigeria, UBA