The Transformation of Kiss Daniel 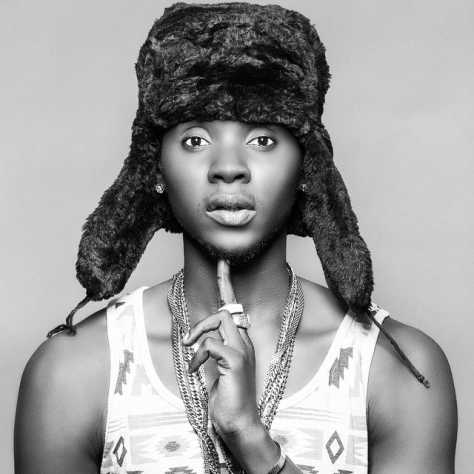 Full name Anidugbe Oluwatobiloba Daniel, known as Kiss Daniel, is a Nigerian recording artist, performer and entertainer. He is undeniably one of Nigeria’s biggest music acts with every of the songs under his belt being certified hit jams!
Kiss Daniel’s rise to fame wasn’t a sudden one though really fast, he actually grew in the industry, understanding what the hungry and delicate modern-day music consumers all around want to hear; what they really want and he delivered to them or better still us with ease.
Kiss Daniel came from nowhere with his evergreen song; “Woju” a song that changed this very talented young man’s life in several ways even outside music.
“Woju” slowly and steadily found it way into the markets, barbing saloons, cars, homes, our TV screens, our radio sets, our headsets and ultimately becoming a street anthem!!!
Woju marked the beginning of the brand “Kiss Daniel” a brand many were of the opinion won’t last beyond that single, with many referring to “Kiss Daniel” as a one-hit-wonder. The Water Engineering graduate with the help of his management and the financial backup of his record label however proved these doubters wrong.
He dropped the massive remix of “Woju”featuring top guns in the industry; Davido & Tiwa Savage that sent a strong message out to everyone that Kiss Daniel and his crew mean business and are not just push-overs.
There’s a unique thing about Kiss’ voice..so comforting, this forms a perfect blend with a marketable face, this make him the complete package. Oh… not forgetting his enviable height.
Before dropping his nationwide anthem, “Woju” the Ogunstate born singer had debuted with a mid-tempo song, “Shoye” and after the “Woju” chapter of what is turning out to be an illustrious music career for Kiss Daniel, he released a fresh joint titled “Laye” an up-tempo afro-pop song, with lyrics that are on-point and a wonderful delivery. With this song Kiss Daniel cemented his place as a major force to reckon with in this highly competitive music industry, shushing all his doubters. He further corwned his successful streak of songs with “Raba” a song he featured on alongside label mate, Sugarboy. Raba is one song that almost matched “Woju” in terms of popularity. The song became an instant hit taking over the streets in no time.
Kiss Daniel and label mate, Sugarboy both cooked a joint titled “Molue”not top long after the release of Raba. He didnt drop any new content for some time after the release of “Raba”. Although He didn’t drop or feature on any jam for a long while, he performed at almost every major event within Nigeria and outside the country. He had his first major fans bashing when he delivered a poor performance at MBGN ’15 with many people firing shots at him for his le$$-than-impressive performance.
Kiss Daniel’s impressive year didn’t go unoticed by the organisers of what is referred to as Nigeria’s biggest misic awards , “The Headies” as he landed nominations in 3 different categories including the highly competitive and controversial, Next Rated category. Although some quarters had tipped the young singer to bag the Next Rated award he lost it to Reekado Banks and neither did he win any of the other categories.
To wrap up the year 2015, a year Kiss wont be forgetting anytime soon as he enjoyed massive success, he dropped a beautifully delivered jam, “Good Time” with Wizkid hopping on the song couple of weeks later once again, Kiss Daniel proved he deserves to be in the league of the music industry big boys.
The fresh act was hit with a major controversy early in 2016 when he had an age scandal around the time he announced his debut album “New Era”
He moved on from there by dropping a massive single, “Mama” a soothing and well-delivered song produced by one of Nigeria’s best music producers right now.
One thing can be deduced from this youngman’s story, talent and hardowrk will get you where you can’t even imagine, it will take you to heights you can’t even believe you can reach.