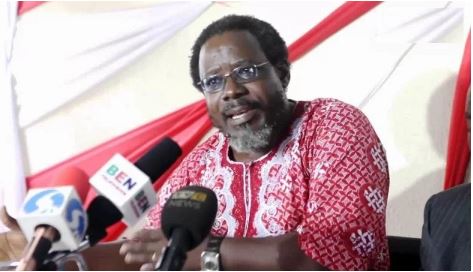 A civil society group, the Centre for Anti-Corruption and Open Leadership, CACOL, on Monday expressed outrage over recent attacks on several communities in Barkin Ladi Local Government Area of Plateau State which led to the death of over 100 people.
CACOL’s Executive Chairman, Mr. Debo Adeniran, while reacting to the incident, stated that although herdsmen attacks on natives occupying the Middle-Belt region predates the administration of President Muhammadu Buhari-led government, the herdsmen have become emboldened under the current administration in view of the intensity, ferocity and regularity of their attacks.
He said, “over 4,000 people have been killed since late 2001, when the ï¬�rst major ethno-religious riot broke out in Jos. Ethno-religious rivalry rooted in the allocation of scarce resources and electoral competition have fused into an explosive mix that has persistently disrupted the peace and harmony of those living in the North Central Region of the country.
“It baffles every right-thinking Nigerian how nomadic herdsmen were able to acquire so much firepower to send as many as 200 people to their early graves and leave over 250 in critical condition in one single attack. While this attack against natives occupying the middle belt area by the herdsmen predates the President Muhammed Buhari-led government, it would not be out-of-place to state that the herdsmen seem to have become emboldened under this current dispensation, considering the intensity, ferocity and regularity of their attacks.
“This much was confirmed almost immediately after the latest dastardly attacks on Garshish District, Razat, Ruku, GanaRopp, GindinAkwati and other affected communities in the BarkinLadi Local Government Areas (LGA’s) when Danladi Ciroma, the Chairman, North Central Zone of Miyetti Allah Cattle Breeders’ Association of Nigeria (MACBAN) in a statement issued after the incident stated inter alia, ‘The attack was a retaliation for the killing of over 300 cows in the last few weeks by the villagers. There have been recent reports of cow rustling and destruction of farms between Berom farmers and Fulani herdsmen. The Fulani herdsmen have lost over 300 cows in the last few weeks. 94 cows were rustled by armed Berom youths in Fan village; another 36 were killed by Berom youths. In addition to that, 174 cattle were rustled and the criminals disappeared with them to Mangu. Since these cows were not found, no one should expect peace in the affected areas’.
“What all this points to is that most of all these attacks, either by the host communities or the marauding herdsmen, were retaliatory, condemnable but sadly, preventable.”
CACOL condemned the killing of human beings as retaliation for cow rustling, noting that the assertion by Danladi Ciroma, the Chairman, North Central Zone of Miyetti Allah Cattle Breeders’ Association of Nigeria, MACBAN, revealed that the killings were preventable.
While reminding the Buhari government that the primary duty of any government is the security of lives and property of every community within Nigeria, the group stated that, “since this genocide has become a recurrent feature for some time now, efforts ought to have been made to holistically address the root causes of this bloodletting and necessary machinery put in place to nip them in the bud”.
Adeniran continued, “We reaffirm our support and belief in the anti-grazing laws of the respective state governments while lending our weight in support for the plan to set up ranches for cow rearing in consonance with modern and international best practices. This should be done in states that are clearly natural for setting up such venture in collaboration with both the respective state and local government authorities. The setting up must be such that, it is devoid of any ethnic or religious colouration as those interested and are available should be trained in the techniques involved in all areas of cattle ranching for profitability and needed employment opportunities as obtained in other leading countries where cattle ranching provide hundredth of thousands of jobs and millions of US Dollars in revenue generated. In the same vein, interested individuals and states that are interested in ranching should be encouraged and mandated to adhere to relevant laws that govern the setting up of any business enterprise with settlement of necessary dues and observance of due diligence thereto. No state or local government in Nigeria should be coerced or arm-twisted into parting with its lands for grazing purposes as ranching is normally a business initiative and should be strictly handled as such”.
“We call for immediate arrest and prosecution of the killer-herdsmen and their sponsors, no matter how highly placed, to douse tension and provide justice to the affected communities and serve as a deterrence while security should be beefed up to end the season of odious killings.”
Tagged with: buhari, death, heldsmen, news, nigeria