My Problem Is Spiritual, I Sleep With Women In My Dreams – Man Needs Help 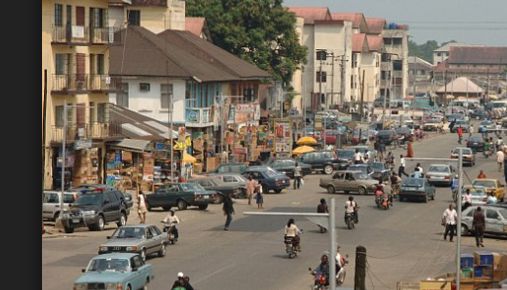 We live in a cruel world were people blindly live with witches without knowing their destiny is being controlled by such fellows. Those who say these things are not real, pray it doesn’t happen to you.

A driver, Jacob Elegbede, who attempted to hang himself behind a primary school in Zanda, a suburb of Abuja, has blamed spiritual forces, saying he did not know what came over him.

The 48-year old father of one stated that he was not himself when he climbed a tree in an attempt to commit suicide in a nearby bush, noting that he simply found himself on the tree along with the rope he wanted to use to kill himself.

Mr Elegbede, who worked with a construction company in Abuja, twice attempted to hang himself on Saturday and Sunday, prompting his neighbours to alert policemen, who arrested him.

Before the suicide attempt, he had written a note and took responsibility for the planned act and also asked for forgiveness from his family and neighbours.

Mr. Elegbede, who hails from Badagry, Lagos, also listed the names of his creditors whom he owed various amounts, craving their forgiveness.

The man, in an interview with Punch at the FCT Police Command, Abuja, explained that his problem began about 18 months ago, when he started suffering from insomnia.

He said his situation got worse when he started having strange dreams and suffering from hot flashes in his head and chest.

He said, “I also started having strange dreams in which I find myself having intercourse with strange women and even animals.

“I worship at the Mountain of Fire and Miracle church in Abuja, but I couldn’t go for prayers or deliverance because I work from Monday to Sunday and there was no time for any other thing. I believe my problem is spiritual because I can’t even explain how I found myself on the tree with a rope to hang myself.”

Asked of the suicide note that was recovered by police, Elegbede stated that he could not remember writing the said letter because he had no pen or paper in his room.

“I strongly believe some spiritual forces were behind my problem because while I was in the cell last Saturday, I had a wet dream in which a dog was licking my private parts,” he said.

Funny enough, Police is investigating what he has said, rather than invite a strong pastor to help me.