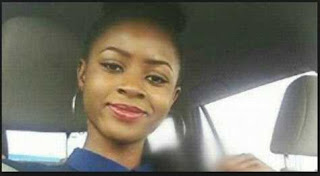 The family of Oluchi Anekwe, a 300-level student of Accounting in the University of Lagos, who was electrocuted by a live wire on the school premises, has been paid N45m as compensation.

A source told us that the money was paid after the Eko Electricity Distribution Company reached a non-disclosure agreement with the victim’s family.
Our correspondent had reported in September 2015 that Oluchi, a first class student of UNILAG, was electrocuted at about 7pm, while returning from an evening mass with her younger sister.
Oluchi had reportedly entered the Eni Njoku Hall to buy an item and was walking out of the hostel when a high-tension wire fell on her.
The remains of the Igbo-Etiti, Enugu State indigene, were buried shortly after.
The Federal Government also set up a panel to investigate the death.
A Lagos-based human rights lawyer, Femi Falana, reportedly took up the case and wrote EKEDC, asking that the firm compensate the family or risk litigation.
It was gathered that after series of meetings, the power firm buckled and settled with the family.
A credible source told our correspondent that the firm paid N45m to the family.
He said, “They agreed and paid N45m in a non-disclosure agreement. This means the agreement is not to be disclosed to the public. It is supposed to be a private arrangement between the company and the girl’s family.
“The reasoning is that if it is publicised, it could encourage people who have similar grievances to insist on monetary settlements. That might not augur well for the company. The victim’s younger sister has also been flown abroad for treatment for the injuries she sustained in the incident.”
When contacted, Oluchi’s father, Chief Basil Anekwe, refused to confirm if any money was paid to his family, saying instead that the victim’s younger sister was abandoned in an American hospital.
He said, “Which money are you talking about? Where did you get the information? Well, I don’t have an idea of what you are talking about; I am in Enugu right now.”
When probed further if the family had received any payment, he said, “Do not ask me because I do not know you. You cannot hear anything from me. Go and confirm from the person that gave you the information. Write that I said I have nothing to say about it.
“I stopped the negotiation process because my daughter was abandoned in an American hospital and I had to go and get her.”
Falana, whose chamber reportedly mediated in the process, could not be reached for comment despite efforts by our correspondent.
But the General Manager, Corporate Communications, EKEDC, Idemudia Godwin, confirmed that there was a settlement, adding that it was not for the public.
He said, “We have settled out of court. We don’t have any issue with the family again.
“I think we want it private; we don’t want it publicised and the family also does not want it published.”
Godwin, however, expressed surprise at the allegation that the company abandoned Oluchi’s sister in an American hospital, saying he was not aware of such.