The Diocesan Chancellor, Lokoja Catholic Diocese, Peter Adinoyi, has confirmed that a reverend father has been kidnapped by unknown gunmen in Kogi state. 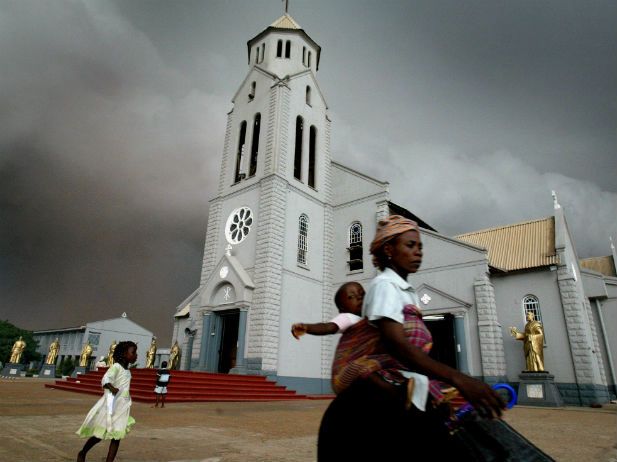 A Catholic Church used to illustrate the story
The parish priest of St. Michael Catholic Church, Obajana, Kogi State, Leo Michael, a reverend father, has been kidnapped by unknown gunmen.
The Diocesan Chancellor, Lokoja Catholic Diocese, Peter Adinoyi, a reverend father, confirmed the kidnap to newsmen in Lokoja, the state capital on Thursday.
He said the priest was returning to Obajana from Okene when he was kidnapped on a spot at Irepeni village, Okene-Lokoja road.
According to him, the matter has been promptly reported at the Irepeni Police State.
He added that the army and the Directorate of the State Security (DSS), were also aware of the development.
However, Mr Adinoyi said the kidnappers on July 25 called some members of the church to demand a N50 million ransom for the release of their priest.
He said the kidnappers later reduced the ransom to N20 million and further reduced it to eight million.
Mr Adinoyi said the kidnappers gave the church up till 1:p.m. of July 26 to pay the ransom and threatened to relocate the priest should the church fail to meet the deadline.
He said the church was unable to meet the deadline for the payment of the ransom demanded, calling on the security agents to assist in rescuing the cleric from his abductors.
Mr Adinoyi also decried the incessant kidnapping of the less privileged in the state, describing the situation as unfortunate.
The spokesperson of the state police command, William Aya, a deputy superintendent of police, said he was not aware of the incident and promised to find out and call back.
However, he failed to call back as at the time of this report.
Tagged with: catholic